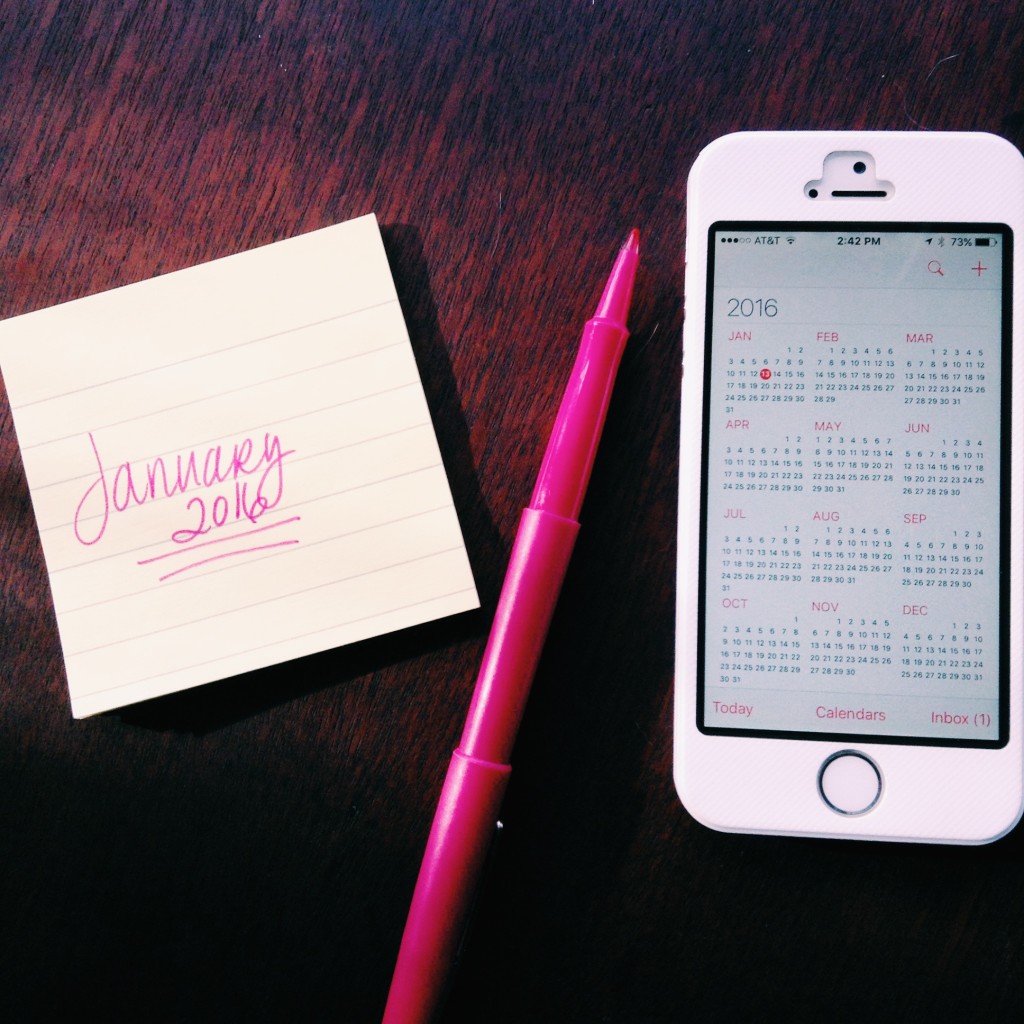 Several folks I follow online wrote a personal State of the Union for 2016 and it seemed like a good idea, so I thought I’d do the same. I like the idea because it’s a good exercise for summarizing what went well in the past year–what I’d like to do more of–and what didn’t go so well–what I’d like to try to avoid this year. If you haven’t already done some end of year/new year reflecting, I’d suggest you try something similar. It’s a great way to refocus. Feel free to copy this format if you like, and share with me how the process goes for you. Comment here or give me a shout out on Twitter, Facebook, or Instagram.

Change & transition. Jeremy and I started off 2015 closing down ThinkHouse Collective, the coworking space that we had owned and operated for four and a half years. Then, about mid-year, we got kicked out of our apartment–the place I had called home for more than seven years.

With each of these dramatic changes came necessary subsequent transition, and I’d like to think those transitions went well–as well as can be expected under the circumstances. When ThinkHouse closed, I quickly and easily found a new, smaller office where I could host my private workshops, and I found several other people to share the space with me. It is almost a mini-coworking space. When we were kicked out of our apartment, we quickly and easily found a new place to live, with more space for hosting Airbnb which is something we love having as part of our lifestyle.

Growth & Milestones. In 2015 I increased my freelance income by 200 percent. Yes, TWO HUNDRED percent! It’s the most growth I have experienced with my independent income since I started freelancing at the end of 2007. This increase gave me a huge amount of freedom and flexibility last year, which meant that I didn’t have to teach at the colleges–if I didn’t want to. So I did scale back from college teaching, deciding that I would only accept classes if I had the opportunity to teach literature or creative writing.

Under the Gum Tree also experienced some growth. We grew our (volunteer) staff from 9 to 12. And in October 2015, we celebrated the milestone of our four year anniversary of the magazine. I celebrated another milestone with my friend and partner-in-crime Elaine Gale, finishing the third season of TrueStory, the nonfiction series that we run together.

Trying new things. For a while now I have been working on/wanting to start a podcast. Last year I did finally start to make some (very small) progress on that project by interviewing six people who are previous contributors to Under the Gum Tree. I learned a lot about audio, sound, recording, new tools, and I learned a lot about myself. I also spent time recording material for an intro to creative nonfiction course, which I hope to offer online in the near future.

In the spirit of trying new things, I reconnected with one of my former bosses who has taken on something of a publishing consultant role with me and Under the Gum Tree. Together, we have been exploring some opportunities for further growth and revenue options for the magazine. It’s been super helpful and exciting for me to again have the mentorship of someone with much more experience in the magazine publishing world.

Resting & Relationships. Jeremy and I took a the first week-long vacation we have had together in more than two years. While running ThinkHouse, we were very lucky to have support that allowed us to take a honeymoon after our wedding, and a trip to New York for our one-year anniversary. But we had not taken a vacation since that New York trip, and it was much needed! We were able to get away for seven days to Santa Barbara, where we lounged at the beach and went wine tasting: two of our favorite activities.

We also were so honored to attend two weddings: one for some dear friends of ours, and the other for my youngest brother. We were more involved with my brothers wedding, too. Jeremy, a groomsman, helped with my brother’s bachelor party. And my sister and I, both bridesmaids, planed the rehearsal dinner, as well as helped with our sister-in-law’s bachelorette party. At the end of the year, in December, we attended the memorial service for a dear friend of my family. She was the mother of my parent’s best friends and like a surrogate grandmother to me, as I grew up paling around with her grandkids.

Routine. Unfortunately I fell of the wagon of my work routine sometime mid-year and never quite got it back. It seems to line up with the time that my independent work increased, which makes sense because that work started to demand more of my time. And, I’m embarrassed to admit, once the money started flowing a little more freely, I lost the motivation to be aggressively dedicated to my creative work.

Writing. Related to my work routine, because once that fell apart, it was nearly impossible for me to find and make time for writing. So while I had a dedicated practice of writing for at least an hour a day during 2014, and the first half of 2015, that pretty much deteriorated once the routine was gone.

Follow-through. While I love trying new things and continuing to learn, I really hate not finishing what I start. The podcast idea is something I’ve been talking about for several years now and even though I started it last year it still has not launched. This bums me out and makes me feel like I should punt the idea, because I don’t like leaving things unfinished.

Scattered-ness. I can’t think of a better word to describe some of what I’ve been feeling as a result of growth. The growth, as I mentioned above, is all good stuff–but at the same time it makes me feel scattered. With my Under the Gum Tree staff in particular, I started to loose track of things because there are more people involved and that creates more moving pieces to keep straight. Similarly, my additional work (hence the additional income) also made me feel scattered, like I was constantly switching from one project to another and back to the first. This is not a very effective or efficient way to work, and I think it makes me more tired because of how I’m spending my energy.

Establishing a new routine. The thing that really knocked me off my game with a work routine was moving. We are now living farther from things like my yoga studio, my office where I hold workshops, coffee. It may not sound like a big deal, but it does make a difference when I was used to going easily, five minute walk or less, from home to yoga, home to office, home to coffee. It’s now a 15 minute walk to those places, and I haven’t yet quite figured out the best routine for the home-yoga-office commute. Currently the routine is to go to yoga and come back home, where I work for the rest of the day, because 1) I like to shower after yoga, 2) once I’m home it feels inefficient to go back to where I just was and, 3) I could go to the office after yoga (they are in the same general area), but it feels like a hassle to haul my yoga gear+office gear all over town by foot or bike. That said, I would like to get out of the house a bit more. So I just need to figure something out that makes sense to me and my idiosyncrasies.

Continued growth. I mentioned the growth of Under the Gum Tree and of my independent income. What I’d like to do this year is use some of the freedom that my increased income buys me to do three main things: focus on going big with Under the Gum Tree, focus on getting one of my writing courses up and running as an online offering, and focus on (finally) launching a podcast. Things are off to a decent start in all three of of those areas. I’ll be having an all-hands meeting with my Under the Gum Tree staff in a few weeks to help calibrate the team for what is to come. The material for the audio course is all recorded (yes!), it just needs to be edited, which my brother is helping me with (yes!), and formatted for online distribution. And I have six episodes of the podcast ready to go; similar to the audio course I just need to get them set up for distribution and actually published.

All in all I feel pretty good at the start of this new year. I’m moving in the right direction, and I’m trying to keep my attention on the things that worked in 2015–you know, do more of that stuff to help propel me forward with the things I hope to accomplish this year.

How is 2016 treating you so far? What is the status of your personal State of the Union?