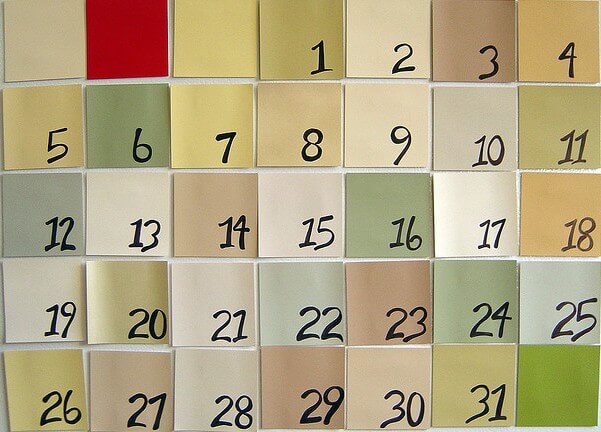 When I started the Damn Diet, it seemed insurmountable. How on earth could I possibly restrict the food I eat on such an extreme level for an indefinite amount of time?

It’s like saying, the only thing you can drink ever again is water. You can’t even begin to think about the rest of your life, however long that is, drinking only water, right? The indefinite is so hard to deal with. Just ask any girl who has ever been in a relationship where she has been waiting (indefinitely) for the douche bag she’s dating to have the DTR conversation. (Guys, that’s “Define The Relationship.”)

Even thinking about maintaining the Damn Diet for one year seemed insurmountable. It’s like thinking about living without clean water for a year — would you agree to that living arrangement? Hell no. Not when you had a choice. Could you imagine not having a clean, hot shower for one entire year? Certainly here in the first world we never dream about such things.

So when it comes to making a lifestyle change that seems insurmountable, how do you manage it? How do you overcome it and get to a place where it’s not so insurmountable.

The insurmountable must be broken into small,

It’s like starting any major project, a research paper, or writing a book: You can’t think about sitting down and accomplishing the entire thing in one fell swoop. You write a research paper by breaking it down in to stages: research, note-taking, outline, draft one, etc.; and you write a book chapter by chapter.

So when it came time for me to start the Damn Diet, at first I couldn’t get over the thought of having to stick to it for an entire year, never having anything that I enjoy for that amount of time.

I sat down at my computer and stared at Google calendar and cursed the 365 days in front of me. I looked at the day that I had decided to start the diet: November 26. It was the Monday after Thanksgiving. Then I scrolled ahead two months and looked at the weekend of a wine trip that my husband and I had taken together for the past four years and that I’d have to be skipping this year.

I counted the weeks between November 26 and that weekend trip that I knew I’d have to skip. Eight weeks. And then it hit me: If I can be super strict on this Damn Diet for eight weeks, shouldn’t I get a reward? Shouldn’t I be able to take a break and enjoy the wine trip, as an incentive and something for me to look forward to while I’m miserable and strict on the Damn Diet?

I counted out eight week segments for the rest of the year, and what do you know? The one in July just happened to land on my birthday.

Suddenly the insurmountable was manageable. I didn’t have to be miserable and strict on the Damn Diet for the next 365 days. I just had to be strict for eight weeks. And then for eight weeks after that.

I just had my third eight-week milestone a few weekends ago — do you know what that means?? It means that I have been on the Damn Diet for 24 weeks now. It has been six months — half a year! — that I have maintained the most restricted diet I’ve ever been on in my life.

And that deserves a reward. I think I’ll be having a glass of wine to celebrate.